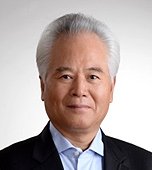 Good morning. Due to Covid-19, the forum is held virtually this time. I would like to express my appreciation to the Korea Institute for Maritime Strategy (KIMS) for proposing this meeting. The National Institute for South China Sea Studies (NISCSS) is ready to work together with our Korean colleagues to overcome the challenges brought about by the pandemic and continue to run this forum. At the same time, we look forward to face-to-face exchanges at the earliest possible date.

Since its establishment in 2014, NISCSS-KIMS Forum has evolved into an academic platform for second-track exchanges between Chinese and Korean think tanks in the maritime sector. It has played an important role in providing intellectual support and serving as a bridge for promoting communication on ocean policies, cooperation on ocean governance, and people-to-people and academic exchanges.

Now, the strategic partnership between China and the Republic of Korea enjoys good momentum. China and the ROK maintain close communication at the top level, with deepened political mutual trust and growing economic and trade cooperation in spite of Covid-19, which has set an example for international cooperation against the virus. Facing raging unilateralism and protectionism in the world as well as the return of Cold-War-style confrontation and zero-sum game to great-power competition, the ROK has repeatedly said that it would not participate in exclusive regional cooperation mechanisms targeting specific countries. In this way, I believe the strategic partnership between China and the ROK has made positive contribution to the stability and healthy development of the current international and regional orders.

China and the ROK are close neighbors on the sea and both have major influence in international maritime affairs. Therefore, communication, coordination and cooperation in maritime affairs are an important part of the overall relationship between China and the ROK. The ROK is a pioneer in Asia in formulating maritime development strategy and improving maritime legislation; China is building a “strong maritime country” and promoting the 21st-century Maritime Silk Road initiative in recent years. There is room for cooperation in the synergizing of their maritime development strategies. Adjacent to the Yellow Sea and the East China Sea, China and the ROK have overlapped maritime claims. The two countries should not only complete maritime delimitation between them, but also share responsibilities and obligations for regional maritime governance, such as maintenance of navigation safety, conservation of marine resources, and protection of marine environment in the relevant waters.

In 2015, China and the ROK officially launched negotiations on the boundary delimitation in the Yellow Sea. By the end of July 2020, the two sides had conducted two rounds of talks at the vice-ministerial level and seven rounds at the director-general level. The maritime delimitation in the Yellow Sea is less sensitive and less difficult compared with other outstanding maritime delimitation issues China and the ROK have respectively with other countries. As long as the two sides conduct consultations and sincere dialogues and seek common ground while putting aside differences under an amicable atmosphere, they will surely find a fair solution acceptable to both sides. This will not only make maritime relations between the two countries more harmonious, but also set a good example for other countries in East Asia to resolve maritime disputes through negotiations.

In this forum, Chinese and Korean experts will discuss resource cooperation in the Yellow Sea. Fisheries issue is an important part of maritime cooperation between China and the ROK. Last November, the China-ROK Joint Commission on Fisheries held consultations on access fishing arrangements in 2021 in the two countries’ exclusive economic zones, with the numbers of licensed fishing vessels and fishing quotas basically the same as those in 2019 and 2020. This reasonable arrangement will contribute to a stable maritime fishing order in the Yellow Sea. I have taken note of a view in the ROK that advocates tougher enforcement measures, increased investment in maritime law enforcement and penalties to “deal with Chinese fishermen”. In fact, this argument ignores the geographical characteristics in the distribution of fishery resources in the Yellow Sea, the operating tradition of Chinese coastal fishermen and their actual needs to maintain their basic livelihood, the efforts made by Chinese fisheries authorities, and the institutional arrangements for cooperation between the two countries in the conservation and management of fisheries resources.

The Yellow Sea is a typical semi-closed sea in accordance with Article 123 of the United Nations Convention on the Law of the Sea (UNCLOS). Although the delimitation has not yet been completed, China and the ROK have achieved many visible and exemplary outcomes in fulfilling their convention obligations on cooperation among coastal states. For example, two medium-to-long-term cooperation projects between the two countries, the cooperation on the development of oceanic monitoring and prediction system of radionuclides for nuclear safety and the research cooperation on the development of marine forecasting system in the Yellow Sea and East China Sea, have made major progress and are well-received internationally. For example, research cooperation on marine spatial planning, satellite remote sensing monitoring technology for large phytoplankton blooms in the Yellow Sea and research on climate change prediction and application in the Northwest Pacific Ocean are well underway. In addition, China and the ROK have carried out joint fishery resource enhancement and release activities in recent years. The two countries can work together to increase the publicity of their existing cooperation results in this area and improve its visibility and demonstration effect internationally.

As both China and the ROK are maritime countries, their maritime horizons are destined to go beyond the marginal seas in East Asia. On deep sea and polar issues, China and the ROK share similar concerns and interests. In recent years, they have conducted remarkable communication and coordination under the frameworks of the International Seabed Authority, the consultations on the conservation and sustainable use of marine biodiversity beyond areas of national jurisdiction (BBNJ) and the Arctic Council. If this positive momentum can be maintained, both countries are well positioned to make their fair share of contributions in the field of global ocean governance cooperation.

This forum will also discuss the issue of maritime law enforcement forces of the two countries. China’s formulation and implementation of the Coast Guard Law recently has drawn the attention of some countries, including the ROK. The law is a routine legislation. Its main purpose is to provide a legal basis for China’s maritime law enforcement activities and fulfillment of international treaty obligations, which helps improve the transparency and predictability of maritime law enforcement. Therefore, one can surely take a rational view on this law. As far as I know, a similar law came into effect in the ROK in February 2020. Coast guards from China and the ROK can step up communication and exchanges to promote cooperation and mutual trust.

According to the successful experience of the world’s major maritime powers such as the United States, the United Kingdom and the European Union, maritime soft power cannot be enhanced without intellectual support of think tanks and academics. As major maritime research institutions in China and Korea, NISCSS and KIMS, based on this forum and other platforms, can work together more closely and conduct more targeted joint research. It is hoped that both sides will contribute their wisdom and strength to China-Korea maritime cooperation at a higher level and the building of a maritime community of a shared future.

I wish this forum a complete success.