The Royal Australian Navy’s experience with aircraft-carrying warships: Implications for the Republic of Korea 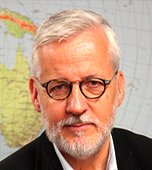 Australia and the Republic of Korea (ROK) are both US treaty allies with a range of points of intersecting interests, values and experiences that rarely get the attention they deserve. With the Korean Navy acquiring aircraft-carrying ships and looking to further implement its “Look South” policy, a more useful point of comparison than Australia and its navy is hard to find.

Australia contributed to the preservation of the Republic of Korea’s independence as part of the UN coalition between 1950-1953. This contribution, in a small and initial sense, gave the South Korean people the ability to develop their own democratic institutions over time, enabling the country to emerge as a global economic powerhouse and an important actor in the Asia-Pacific Region. Australia has not forgotten. A prominent component of that contribution was with the Royal Australian Navy (RAN) and its aircraft carrier, HMAS Sydney.

The Australian Navy Aviation Group (ANAG) was first established in 1947 and deployed on HMAS Sydney to waters adjacent to the Korean Peninsula in 1951, as one of three countries in the Asia-Pacific Region that had aircraft carriers. Australia’s carriers played an important role early in the Korean conflict, especially when South Korean and UN forces were forced onto the back foot at the southern tip of the peninsula. The RAN was quick to deploy ships in support of the US-led and UN-mandated fight against the North Koreans. In doing so, the RAN maintained two warships on station throughout the war. The RAN participated alongside British Royal Navy and United States Navy task groups in a way that solidified the imperatives for a professional RAN to be maintained for operations alongside allies.

The purchase of two light aircraft carriers, HMAS Melbourne and HMAS Sydney enabled Australia to undertake offensive air support operations in support of the UN forces in Korea. HMAS Sydney was the first received by the RAN in 1949 and deployed upon request to Korean waters in 1951. The ship operated on the more restricted waters off Korea’s west coast where it maintained a high tempo of operations over the four months of its deployment in late 1951 and early 1952, despite maintenance and deck crews operating at times in severely inclement conditions. HMAS Sydney retuned to Australia early in 1952 and thereafter Australia maintained two warships on station until well after the armistice was signed. In the end, some 4500 RAN personnel served on operations in Korean waters, with five killed and six wounded. The experience demonstrated the utility and challenges of operating naval aviation in support of coalition operations in and around the Korean peninsula. From this perspective, there seems a reasonable case to be argued for the ROKN to maintain its own aircraft carrier capability, adding flexibility, deterrence and an added degree of independence to the maritime defence of the Korean peninsula.

Aircraft-carrying ships in the RAN after the Korean War

The RAN’s Fleet Air Arm would continue after the war, but there was fluctuating government enthusiasm for maintaining a strong aircraft carrier-based offensive military capability. Enthusiasm ebbed as the technology involved became more complex and expensive. With a shift away from supporting fixed wing operations far from Australian shores, the last of the two aircraft carriers, HMAS Melbourne, was decommissioned by 1982, leaving the RAN with no carriers. Ironically, it was the Falklands War in 1982 that sealed the fate, as the aircraft carrier Australia had planned to acquire from Britain, HMS Invincible, was withdrawn from sale due to its proven utility and importance for the success in the Falkland Islands campaign. Australia overlooked the significance of such capabilities for force projection. Indeed, I would argue, Australia, like Korea, is a middle power which tends to act with small power pretensions and as a result has shied away from seeking to maintain the ability to project force in such an overt way in and beyond its immediate neighborhood. Arguably, aircraft-carrying ships are a mark of being a middle power and countries like Australia and Korea are acting reasonably in acquiring and maintaining such capabilities.

Experience in the late 1980s through to the late 1990s over Fiji, Somalia, Bougainville, East Timor, Solomon Islands and Papua New Guinea built up a compelling case for a more robust amphibious and aircraft-capable fleet than the one maintained in the 1980s and 1990s. In the 1980s, the fleet consisted of a suite of landing craft alongside one British designed Landing Ship Heavy (LSH) HMAS Tobruk, which was able to take helicopters on board. The refurbished US Landing Ships were converted into Landing Platforms Amphibious (LPAs); HMAS Kanimbla and Manoora and were operational, with multiple helicopter landing spots, by the turn of the century.

In recent years, Australian governments have again come to recognize that a nation surrounded by ocean requires some self-reliant force projection capabilities. There is wide recognition that when Australia felt compelled to intervene in the East Timor crisis in 1999 it was poorly served with amphibious and aircraft-carrying capabilities which would enable the Australian Defence Force (ADF) to project force offshore, let alone to some of the more remote parts of its own shores.

The East Timor crisis in 1999, in addition to other earlier crises in the Pacific, brought this message home particularly clearly. Subsequently, the RAN has commissioned HMAS Canberra and HMAS Adelaide. These ships are categorized as Landing Helicopter Dock ships (LHDs) rather than aircraft carriers, even though their flight decks are larger than those found on HMAS Sydney or HMAS Melbourne and are in fact designed to take fixed wing aircraft. To date they have employed mostly helicopters and unattended fixed wing platforms (drones). These have some significant similar characteristics to the ROKN’s new aircraft carrier.

Australia’s new flat-top warship configuration, focused on helicopters and the ability to carry and offload stores and equipment across shorelines by air and across the water, supported by drones, reflects a shift in the Australian approach. This approach emphasizes a closer integration of Australian land, air and maritime capabilities as a joint force. It is unlikely but not inconceivable that an Australian naval task group could once more deploy to zones of conflict like was the case during the Korean War, so the RAN maintains a suite of warfighting capabilities that echo those employed during the Korean War. Australia’s experience of building a joint force centred on its aircraft-carrying Canberra class ships may serve as a useful point of comparison and cross examination for the ROKN.

In recent years, the Canberra class ships have formed the nucleus of a task group, tasked to undertake Indo-Pacific Endeavour (IPE). Indo-Pacific Endeavour 2019, for instance, was the third iteration of this activity involving elements of the Royal Australian Navy, the Australian Army and the Royal Australian Air Force. Collaborating with regional counterparts to undertake a number of activities ranging from seminars, table-top exercises, passage of lines exercises at sea (PASSEX) and HADR coordination activities. These are all activities which the ROKN aircraft carrier could undertake as part of its “Look South” strategy and alongside partners like Australia.

Critics who called the new Australian ships a waste of money, or too large and vulnerable, have tended to be less vocal since the remarkable impact of the rapid deployment of HMAS Canberra for disaster relief support on Operation Fiji Assist in 2016. The utility of this capability, not just for warfighting but as a facilitator of rapid HADR response and as a catalyst for improving relations and building ties with neighbours, has been increasingly apparent. The emergence of this utility has coincided with the government’s renewed engagement with its neighbours in the South Pacific, Southeast Asia and other close neighbours in the Indian Ocean – an approach that echoes the ROK’s “Look South” policy.

The ROK’s efforts to acquire a light aircraft carrier is important and meaningful given its enormous strategic value. This platform can help enhance Korea’s standing as a middle power, actively engaged in the security and stability of its neighbourhood and willing to offer a helping hand to those in need a bit further afield in Southeast Asian waters, for instance

Like in the ROK, part of the argument Australian critics level against the new aircraft-carrying Canberra class ships is their vulnerability to interdiction in a war. On one level, this is self-evident. Should the platform be operating on its own in an unwelcoming environment in circumstances where an adversary can be expected to engage in the use of lethal force then of course they would be very vulnerable. But should there be an outbreak of hostilities these types of ships are not intended to deploy on their own into hostile waters. Instead, they are designed to operate as a component of a joint force with significant and quite robust sub-surface, surface and air defensive detection and offensive weapons systems provided in support by other naval (surface and sub-surface), air and land components of the defence force as well as probable support from coalition partners. Like with the RAN, the ROKN deployment of its aircraft carrier would require the same kind of ASW, ASuW and AAW support.

The experience being gained by Australian forces in collaborating on activities centred on these platforms is having a refining effect on Australia’s armed services ability to operate together as a joint force. It is also sending a signal to neighbours that Australia is a significant contributor to regional peace and stability and is a friend that can offer a helping hand in time of need. As the ROKN looks to integrate its aircraft carrier into the ROK joint force, the Australian experience merits close consideration.

In the Australian context, considerable work is being done in deepening bilateral and multilateral relations with like-minded neighbouring countries. Frequent RAN ship visits for port calls and combined exercises, all contribute to deep and firm ties there. This is something the ROKN can do more of with its light aircraft carrier as well. What is clear is that these kinds of aircraft-carrying ships are contributing to a game changing approach to Australia’s engagement with its Indo-Pacific neighbours. This is a good thing and one which should be the beginning of deeper, closer and more robust collaboration. As the ROKN considers how best to employ its new light aircraft carriers and considers further application of its “Look South” policy, a closer examination of and collaboration with the RAN is well worth considering.

John Blaxland(john.blaxland@anu.edu.au) is Professor of International Security and Intelligence Studies at the Strategic and Defence Studies Centre, in the Coral Bell School of Asia Pacific Affairs, College of Asia and the Pacific, Australian National University.