Problem with Operation of Underwater Drones 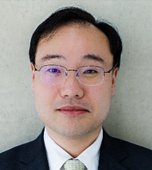 On December 15 last year, Chinese Navy (People’s Liberation Army Navy) seized an underwater drone using a small boat, which was being recalled by U.S. Navy survey ship USNS Bowditch about 50 nautical miles northwest of Subic Bay in the Philippines. China promised to return the seized underwater drone, but the conflict between the United States and China was aggravated because U.S. President-Trump reacted to the situation emotionally, saying that “China stole the drone.”. Within less than a week, the underwater drone seized by China was returned to the US and it seemed to be concluded as a small incident which revealed tension between the US and China over the South China Sea. However, through claims made by the two nations over the seizure and return of the underwater drone, there is a need to consider justification of operation of underwater drones under international law, as well as the status of underwater drones under international law.

Lastly, we must bear in mind that Article 262 of the UN Convention on the Law of the Sea stipulates, “Installations or equipment (for scientific research) shall bear identification markings indicating the State of registry or the international organization to which they belong and shall have adequate internationally agreed warning signals to ensure safety at sea and the safety of air navigation……” This means that it is obligatory to have identification markings and warning signals when operating scientific research equipment.

Dr. Lee Kibeom (syshus@gmail.com) graduated from Yonsei University Law School and obtained Doctor of Laws from the University of Edinburgh Law School with a thesis focused on maritime boundary delimitation. He is currently a researcher at Asan Institute for Policy Studies.