The Chinese Navy : The Coercive Tool of a Revisionist Power 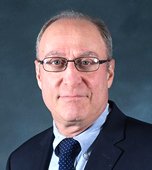 Since 1949, China has been a dissatisfied and revisionist power. Given the presence of first the United States and then the Soviet Union on its borders, its revisionism was the expected reaction to its untenable security environment. Throughout the Cold War, to realize territorial security, China fought the Korean War, the Sino-Russian War, and the Sino-Indian War and it participated in the three wars in Indochina. Following the U.S. defeat in Indochina and then the collapse of the Soviet Union and its retreat from Indochina, China had achieved its objective—dominance along its entire mainland periphery.

Nevertheless, at the end of the Cold War, China had yet to achieve security. United States remained the hegemonic power throughout maritime East Asia and its navy could sail with impunity in Chinese coastal waters, including through the Taiwan Strait. The United States relied on its secure access to the air force and naval facilities of its regional security partners – South Korea, Japan, the Philippines, Singapore and Malaysia – to carry out encirclement of Chinese coastal waters.

But China was too weak to challenge the post-Cold War maritime security order. It required a prolonged period of economic and technological modernization both to consolidate its continental security and to develop the capabilities necessary to challenge the U.S.-dominated maritime status quo. This was the strategic foundation of China’s post-Mao economic strategy of the “Four Modernizations,” in which defense modernization ranked fourth, and of its strategy of “peaceful rise.”

By 2015, through the development of advanced technologies and the development of advanced submarines, destroyers, aircraft, and missiles, China had developed qualitative and quantitative maritime forces that approached parity with the U.S. military in East Asian waters. Moreover, its conventional land-based missiles put at risk U.S. war-time access to its security partners’ naval and air facilities throughout the region. China is now a maritime great power throughout East Asia.

To challenge U.S. maritime hegemony, China has cautiously but effectively wielded its new capabilities. Its policies are reminiscent of Theodore Roosevelt’s policies of “walk softly, but carry a big stick’ and his “gunboat diplomacy.” China’s ‘big stick’ is its naval power. Policy makers throughout East Asia do not need to be reminded of China’s advanced naval capabilities.  They are fully aware of the shifting U.S.-China naval balance and the implications for China’s war fighting capability and for the reliability of U.S. defense commitments.

Thus, the Chinese Navy “walks softly.” It carries out gunboat diplomacy, but its navy stays in the background of regional security affairs, while its coast guard and its large but unarmed fishing fleets establish Chinese maritime presence in the vicinity of U.S. security partners.  The secondary regional powers know that sailing just behind Chinese coast guard is the Chinese Navy and that their security requires that they keep the Chinese Navy at a safe distance from their coastal waters.

Since 2010, China has developed an up-tempo maritime policy to challenge U.S. security partnerships. As the United States “pivoted” to East Asia, it developed greater security cooperation with South Korea, Vietnam and the Philippines and it encouraged them to challenge Chinese interests. The United States encouraged South Korea to deploy the U.S. missile defense system and it encouraged Vietnam and the Philippines to challenge Chinese maritime claims. The critical issue for China was not that South Korea, Vietnam and the Philippines had challenged Chinese interests, but that their cooperation with the United States had enabled Washington to use local disputes to strengthen its regional military presence and its containment of China.

In the case of South Korea, despite Chinese opposition, Seoul agreed to deploy the U.S. terminal high altitude area defense (THAAD) missile defense system. Although THAAD, if effective, can only defend the southern one-third of South Korea, it served U.S. interests in consolidating the U.S.-South Korean alliance and in enhancing U.S. missile defense capabilities via-a-vis China. At stake for China was South Korean alliance cooperation with the United States against China. China retaliated by carrying out coercive and costly economic sanctions. More important, China carried out heightened military activities in disputed waters in the Yellow Sea and its fishing fleets increased their operations in South Korea’s exclusive economic zone, potentially contributing to heightened South Korea-China tension.

In the South China Sea, China constructed artificial islands and it developed naval and air facilities on these islands. China thus strengthened its military presence to enable more frequent and larger air force and naval operations near U.S. security partners. It aims to enhance its ability to compel the America’s South China Sea security partners to reconsider security cooperation with the United States.

China used coercive naval diplomacy to compel U.S. security partners to accommodate China’s interest that they do not cooperate with U.S China policy. Chinese coercive operations in the Yellow Sea and the South China Sea were not especially costly or risky for China, but they created the potential for dangerous crises for South Korea, Vietnam and the Philippines.  These countries faced the prospect of conflict escalation with the Chinese Navy. And given the rise of the Chinese Navy and the shifting U.S.-China balance of forces throughout maritime East Asia, they had reduced confidence that the United States could deter Chinese use of force and defend them in hostilities.

China’s maritime activism has gradually eroded the U.S. alliance system within East Asia.  With the exception of Japan, America’s post-World War II security partners, in a clear break from the post-World War II order, no longer proclaim themselves committed to the United States in regional security affairs. Rather, despite the existence of treaty agreements and long-time partnerships with the United States, governments from South Korea to Malaysia insist that they will not take sides in the U.S.-China competition; they are gradually moving toward equidistance between China and the United States.

South Korea has made it clear that it will not allow its territory to be used in a U.S.-China conflict off the Korean Peninsula, including in a Taiwan contingency. The 2016 “three nos” made clear that South Korea will not contribute to U.S. and Japanese resistance to the rise of China, including in missile defense. The Southeast Asian countries no longer actively challenge Chinese territorial claims. They are developing military cooperation with China and closer economic cooperation with China than with the United States and they have expressed concern that the U.S. policy towards China contributes to regional instability.

Chinese proactive naval diplomacy and the transformation of secondary power alignments reflect the great power transition from American hegemony to U.S.-China bipolarity. As a rising power, China insists on a revised security order. The secondary powers, cautious not to challenge rising China, are adjusting to the new great power order by accommodating Chinse interests by moving toward equidistance.