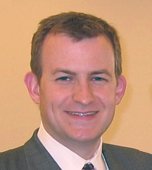 The Republic of Korea (ROK, South Korea) is now considering the construction of an aircraft carrier. This would be a major power projection milestone in ROK military capabilities – and a controversial one. The South Korean National Assembly has for the moment cut the budget for the carrier, but it seems unlikely that the ROK Navy (ROKN) will drop this request. The carrier debate will likely return in the near future as the strategic argument for it has not changed.

This essay raises two concerns which I believe the carrier debate has hitherto overlooked:
1) The high cost of a carrier, and its associated platforms and requirements, will collide directly with the Republic of Korea Army’s (ROKA) looming need for major new resources to offset its diminishing conscription cohorts due to the low national birth rate.
2) The Democratic People’s Republic of Korean (DPRK, North Korea) may not ‘let’ South Korea enjoy the wider strategic horizons a carrier implies. It may act out in such a way as to compel South Korea to redirect its military and budget attentions back toward the long-standing inter-Korean stalemate – specifically toward ROKA and missile defense.
Both of these concerns push ROK military spending away from ROKN and back toward ROKA (and, less so, toward missile defense) – or compel a larger aggregate defense budget. Indeed the National Assembly’s recent budget cut decision may reflect these concerns, including an unwillingness to expand overall defense spending.

The debate over the carrier has mostly turned on questions of cost and need. Aircraft carriers are large, expensive platforms, and the United States currently provides extensive naval support to the ROK.

The ROK government would have to commit to a large, semi-permanent budget stream to build, outfit, staff, and maintain a carrier over its several decade lifespan. This is a major investment. And to build it independently of American munitions and technology – if it is to be an entirely independent South Korean strategic asset – will raise the price further. Next, carriers require support ships, generally organized into a taskforce around the carrier core. And carriers require planes (or helicopters) to make them useful. Naturally, ROKN wishes to deploy ultra-modern – and ultra-expensive – F-35Bs on the carrier. All this requires yet more money, perhaps tens of billions of dollars over the next decade.

Budget Competition with the Army?

This proposed naval expenditure expansion is occurring against the background of South Korea’s demographic stagnation and its negative implications for ROKA. ROKA relies on conscription to generate the large infantry force necessary to counter the North Korean People’s Army’s (KPA) enormous ground component (and ROKA is still outnumbered roughly 2:1). As South Korea’s birthrate has dramatically fallen – it is one of the lowest in the world now at less than 0.9 live births per female – ROKA faces an imminent, dramatic manpower shortage.

ROKA could fill this gap with female conscription. Or the ROK could turn around its demographic troubles more generally via immigration. Neither option seems imminent. Instead, ROKA plans to fill its looming manpower gap with technology. Fewer warfighters can still fill strategic needs if they are more capable and lethal per individual. Networked battlefield technologies are to do this. This too will be costly.

The implications for ROKN’s carrier are obvious. At roughly the same time – the next decade or so – that ROKA will require lots of new resources to reinvent the large, conscript infantry army which South Korea can no longer field, ROKN also wants hefty new budgetary resources to build a carrier and its affiliated support ships, planes, munitions, and so on. Unless the ROK expands the topline size of the defense budget, its army and navy will likely square off in an intense inter-service competition for resources.

Given that the most direct national security danger South Korea faces is the enormous KPA ground force flush against the demilitarized zone (DMZ) north of Seoul, I doubt that ROKN will win this interservice competition. The naval expansion implied by a carrier task force assumes a significant land power superiority over North Korea in the core North-South stand-off at the DMZ. This superiority is likely still intact – hence the discussion over the carrier. But South Korea’s birth rate continues to worsen, raising medium-term budgetary needs for ROKA which may crowd out naval expansion.

Just as a carrier expansion assumes a sustainable ROK land power advantage over the KPA, it also assumes enough North Korean docility that the ROK can adopt a strategic horizon – served the carrier task force – beyond just the peninsula.

A carrier does not stand alone, nor is it just one more warship. It implies a power-projectable fleet and signals a wider horizon of national interests. It indicates that South Korea is looking beyond just peninsular affairs. And this makes sense. South Kora is the world’s tenth largest economy. It is a trading state. Without safe sea lanes of communications (SLOC) for import and export, the ROK economy would whither. China’s expansion and capacious claims in the South China Sea raise SLOC and freedom of navigation concerns for South Korea and many of its regional and democratic partners. The US has hoped South Korea would join the Quad because of Chinese maritime unilateralism, and this is likely why the US has broadly signaled its assent to a ROKN carrier.

But South Korea is also uniquely strategically pinned down at home. It faces an existential legitimacy competitor with a massive military on its doorstep. That competitor now investing heavily in weapons of mass destruction. This inevitably pulls ROK strategic attentions back home. As much as South Korea pines to be free of the North Korea strategic albatross and to be a more ‘normal’ state with a power projectable navy, it is unclear if North Korea will allow this.

North Korea has traditionally been quite jealous of South Korea’s global profile. The Kim family regime resents the notion that the ROK is simply ‘Korea’ while the DPRK must be identified as ‘North Korea.’ The world’s understanding of South Korea as the normal or real Korea, while the DPRK is seen as a bizarre, errant cul-de-sac of history, cuts sharply against the regime’s ideology that the DPRK is the more genuinely Korean state because South Korea is corrupt or Americanized. And the North has often acted to put South Korea in its place – to remind South Korea elites that it is still here and will not be ignored or forgotten. It sought to disrupt the Olympics in Seoul in 1988. It routinely insists on negotiating with the US exclusively to snub the South as an American lackey. Its sinking of the ROKS Cheonan undercut President Lee Myung-Bak’s effort to build a broader, less North Korea-centric foreign policy. North Korea has flamboyantly ignored UN sanctions and routinely forces its way into global media attention with its missile tests.

In short, North Korea is likely to resent the sense of normality and superiority a power-projectable fleet represents for South Korea. It signals that South Korea has other security concerns beyond North Korea, that ROK foreign policy is not structured by or obsessed with the DPRK, that South Korea can interact with other weighty powers on issues of importance beyond just the peninsula. The world’s tenth biggest economy would be a meaningful player in larger global debates, not just a caretaker of the mad uncle in the Northern attic.

To undo this sense of normalcy, to put South Korea back in its place on the peninsula, the DRPK will likely continue its long-standing tactics of provocation along the land and sea border. Its shenanigans and misbehavior, including its missile program, force South Korea to pay attention to it. Sheer DPRK petulance and resentment will likely push the South Korean strategic debate away from naval expansion and back toward the army and, increasingly, missile defense.

South Korea is in a strategically curious position. Because it is effectively an island, one would expect it to be a primarily sea power, like Britain or Japan. Indeed, this is the basic strategic rationale for the carrier, which the budget cut does not change and which will likely bring the carrier debate back again in the near future. Yet the unique circumstances of Korea’s national division have actually made South Korea a land power for most of its history. A carrier would be break with that tradition. And given the South’s dependence on SLOCs, this seems like a wise idea.

But the unique regime in the North may not ‘allow’ this to proceed far. It is determined not to be understood as the failed, weird Korea, to not be forgotten or ignored. Hence, it routinely forces South Korea back toward the peninsula with its hijinks and acting out. It may drag South Korean military priorities, against the ROK’s own preferences, back toward land power and increasingly toward air power – specifically missile defense. If this is accurate, the long-term budgetary feasibility of a ROKN carrier requires an overall expansion of the ROK defense budget.

Robert Kelly (robertkelly260@hotmail.com) is a Professor of International Relations in the Political Science and Diplomacy Department of Pusan National University in Busan, Korea. His research interests focus on security Northeast Asia, U.S. foreign policy, and the international financial institutions. He has written for outlets including Foreign Affairs, the European Journal of International Relations, and the Economist, and he has spoken on television news services including BBC and CCTV.

PrevPREVIOUSWhat Might AUKUS Mean for Australia’s Relationship with South Korea?
NEXTNaval Power in the Age of Technological UncertaintyNext
List view