What Might AUKUS Mean for Australia’s Relationship with South Korea? 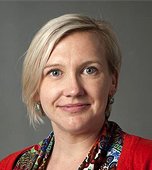 Despite strong economic ties, Australia and Korea defence cooperation ties are only beginning to deepen. In June 2021, the leaders of the two countries met on the sidelines of G7 leaders meeting and declared they were working towards a comprehensive strategic partnership (CSP). Ranking below the Australia-Japan Special Strategic Partnership, Australia has recently elevated relations to CSP level with a raft of other regional partners, including India, Vietnam and Malaysia.

The 2015 Blueprint for Defence and Security Cooperation identified maritime security as one potential area for deepening security ties between Australia and Korea. On 13 September 2021, their foreign and defence ministers met in Seoul for the fifth “2+2” dialogue. The states agreed to enhance defence cooperation through increased joint training and exercises and develop a higher level of bilateral interoperability between their navies. They also agreed to uphold principles of freedom of navigation and overflight in the South China Sea in accordance with international law.

Just days after the 2+2, it was announced that Australia had signed the historic ‘AUKUS’ trilateral security partnership with US and UK. An information- and technology-sharing arrangement, AUKUS aims to deepen cooperation, joint capability, and interoperability between the states.

Media attention has largely focused on Australia’s plans to acquire at least 8 nuclear-powered submarines as part of the deal. Over the next 18 months, the immediate priority is to identify ‘the optimal pathway’ for delivering the submarines and ensuring Australia – a state without a civil nuclear industry – becomes ‘a responsible and reliable steward of this sensitive technology’. Additionally, long-range strike capabilities for the Australian Defence Force were part of the agreement, including Tomahawk Cruise Missiles.

Australia also abandoned a $90 billion contract with France to build 12 conventional-powered submarines, resulting in sunk costs of at least $2.4 billion with more expected in broken contract fees. The clumsy handling of the announcement resulted in a diplomatic backlash, with Paris recalling its ambassadors in Washington and Canberra.

While many unanswered questions about the submarine program remain, Australia is set to become only the second country (after the UK) to receive this technology from the US.

The AUKUS deal has provoked discussions about whether a similar deal might be extended to South Korea. Developing nuclear-powered submarines was part of President Moon’s election platform, although requests for purchasing US-built nuclear-powered submarines appear to have been refused. It was reported in September 2020 that Korea’s deputy national security advisor, Hyun-Chong Kim, unsuccessfully approached Washington about the possibility of the US supplying nuclear fuel. While AUKUS has been described by US leaders as a ‘one-off’, Korean experts have suggested this technology should be shared with Korea. According to Peter Lee, Korea’s domestic defence industry – including its nuclear technology base and shipbuilding industry – is significantly more advanced than Australia’s. If a similar deal on technology sharing was struck, Korea could potentially develop indigenous nuclear-powered submarines that do not risk undermining Korean sovereignty.

AUKUS could have implications for bilateral relations between Australia and Korea, depending on whether it is viewed in Korea as countering China and reinforcing regional Cold War dynamics. Korean President Moon Jae-In appears to have taken a neutral stance on the security agreement. In a summit between Moon and UK Prime Minister Boris Johnson, Johnson reportedly told Moon that ‘AUKUS will not cause any regional problems’ and Moon responded ‘I hope AUKUS will contribute to regional peace and prosperity.’ Nevertheless, concerns have been expressed in Korean media that Korea will be pressured to join an anti-China coalition.

As the waterways of East Asia become increasingly crowded with naval vessels from states within and beyond the region conducting joint patrols, there is an interesting puzzle around how middle-sized states – such as Australia and Korea – conceptualise their strategic geography and their roles and interests across maritime domains. Like Australia, Korea is a middle-sized power with a significant trading relationship with China.

Australia and Korea have adopted different approaches to managing relations with the great powers. AUKUS is another example of Australia’s intentions to deepen its alliance with the US, raising concerns and criticisms – including from the French foreign minister – that it has compromised its sovereignty. Australia’s government has abandoned its ‘pragmatic’ foreign policy setting of not having to choose between either US and China, contributing to the deterioration in trade relations over the past 18 months, with Beijing applying sanctions to around a dozen Australian industries such as barley, wine and seafood, and both states taking each other to the World Trade Organisation.

Not only is Canberra moving closer to the US, AUKUS demonstrates that Australia is pursuing a bigger role in regional security. The Defence Strategic Update of 2020 highlighted that Australia’s decision-makers are shifting the primary image of Australia’s national role conception from a middle power state situated in the world to a regional power situated in a (largely maritime) region.

The move to nuclear-power submarines reflects Australia’s desire for an order shaping role in the region. These capabilities would allow the Royal Australian Navy to ‘patrol more of the Indo-Pacific region for longer, which could be particularly handy at a time of competing territorial claims for strategic waters’. Australia sees itself as contributing to ‘military deterrence’ in the waters of North and Southeast Asia, and regional stability more generally.

Korea, on the other hand, has a narrower conception of strategic geography. This is in part due to the existential security threats it faces in its immediate neighbourhood, which has increased as North Korea advances its nuclear capabilities. The progressive Moon’s government has thus sought to focus on inter-Korean peace while modernising Korea’s defence and security capabilities, although its New Southern Policy has sought to engage Southeast Asian states, and to a lesser extent India. The focus on the nuclear threat has also curtailed Korea’s strategic interest in maritime areas beyond the East China and Yellow Seas, where it has its own territorial and jurisdictional disputes.

China also punished South Korea in 2017 with trade sanctions after the Moon government’s decision to allow US to deploy its THAAD missile defence system on Korean soil. The Korean government appears more unwilling to ‘to risk offence to China’ than the Australian government, which has cleaved closer to traditional security alliances. There is the potential for the perception to emerge that Korea’s balancing has denied it the opportunities that have now been afforded to Australia, which has long advanced its role as a ‘dependable ally’.

Rebecca Strating is the Executive Director of La Trobe Asia and a Senior Lecturer in Politics and International Relations in the Department of Politics, Media and Philosophy. Her research focuses on maritime disputes in Asia and Australian foreign and defence policy. She has written three monographs, most recently “Defending the Maritime Rules-Based Order” (2020). In 2019 she was awarded an Asian Studies Visiting Fellowship to research at the East West Center in Washington DC for three months. She was also a visiting affiliate fellow at the Institute of Southeast Asian Studies in Singapore, an affiliated researcher at Georgetown University and am currently a non-visiting fellow at the Perth US Asia Centre.