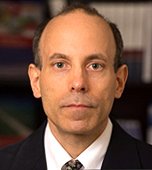 The Pacific is entering a new hypersonic missile age. Russia, China, the United States, and other Indo-Pacific powers are researching, developing, and beginning to deploy hypersonic delivery systems that fly five or more times the speed of sound. Their combination of rapid sustained speed, maneuverability, non-traditional flight paths, and other characteristics pose novel threats to naval forces operating in Asian and European waters. Though these systems can enhance countries’ defense and deterrence capabilities, they risk undermining crisis stability by giving militaries yet another reason to strike first in any conflict. The United States and South Korea can take measures to exploit the new technologies while reducing some risks.

There are two common types of hypersonic delivery systems. Hypersonic glide vehicles (HGV) are launched on a ballistic missile into the upper atmosphere and then glide toward a terrestrial target. Hypersonic cruise missiles (HCM) rely on a rocket or, more commonly, scramjet engine. The latter mix fuel with oxygen from the surrounding air to attain sustained hypersonic speed. HGVs tend to be less maneuverable than HCMs but can fly farther since they are boosted aloft by a long-range rocket. Although ballistic missiles and their warheads also fly at hypersonic speeds, the HGV and HCM can maneuver less predictably, which makes them harder for missile defenders to track and target.

The Russian Navy is in the final stages of testing the Tsirkon [Zircon] 3M-22/3K-22. After separating from its solid-propellant booster rocket, the Tsirkon uses a scramjet engine, which mixes fuel with oxygen drawn from the air, to fly at hypersonic speed into its target. This ship-launched air-breathing hypersonic cruise missile can attack both maritime and inland targets. The missile has a stated maximum range of 1,000km and speed of Mach 9. The missile will reportedly enter into serial production next year. The third Project 22350 frigate, The Admiral Golovko, has been used as a testing platform for some test launches. The vessel will become the first naval platform equipped with operational Tsirkon missiles. These Admiral Gorshkov-class frigates, two of which are already in service, are 135 meters long and weigh some 5,000 tons. The frigates, equipped with the 3S-14 missile launch system, already carry land-attack Kalibur and anti-ship Oniks cruise missiles. The Tsirkon can use the same launcher, which is also employed by other Russian missile-launching ships. The Navy could swap the Tsirkon, once deployed, for the slower missiles. Expectations are that the Navy will eventually equip its Pyotr Veliky and Admiral Nakhimov nuclear missile cruisers as well as the Project 20380 Steregushchy-class corvettes and Project 885 Yasen-class attack submarines with the Tsirkon. Additionally, the Project 21631 Buyan-M-class and Project 22800 Karakurt-class corvettes will be equipped with a smaller version of the Tsirkon.

The People’s Liberation Army Rocket Force has many ballistic missiles that, armed with HGVs, could support maritime operations throughout the East and South China Seas as well as around Taiwan. HGVs can extend the range of any rocket booster by up to 1000km since the vehicle can glide the extra distance. The DF-11A and DF-15B can reach Taiwan, while the DF-21 and DF-26 can also hit southern Japan, the Philippines, and the Korean Peninsula. In the fall of 2019, the PLA unveiled the DF-17, an intermediate-range ballistic missile specifically designed to boost the DF-ZF HGV. Like their Russian and U.S. counterparts, Chinese designers are researching technologies hypersonic cruise missiles, including innovative “waverider” technologies in which the missile rides the shock waves generated by its own flight. They are also researching how miniature onboard lasers could disrupt air molecules to reduce the stress and drag on hypersonic planes and missiles. At some point, the PLA will likely deploy a HGV on an intercontinental ballistic missile, such as the DF-41, to give China a global strike capability.

Russian and Chinese naval strategists perceive hypersonic missiles as enabling their maritime forces to defeat, or at least paralyze, the superior U.S. Navy. These missiles are optimal for the kinds of long-range, short-notice strikes the Russian and Chinese air and naval forces might employ preemptively against critical time-sensitive U.S. military targets in the Indo-Pacific. These systems, due to their speed and other characteristics, could pose a major threat to U.S. forces, military infrastructure, logistic nodes, and command centers. The intermediate-range missiles that the Pentagon is deploying in the Western Pacific will likely also become priority targets. Even a successful intercept with a point defense system, such as an enhanced Army Patriot surface-to-air missile battery or a RIM-174 Standard Extended Range Active Missile, might not shield the target since the missile’s debris would rain on it at hypersonic speeds. These hypersonic systems also reinforce Russia’s and China’s Anti-Access/Area Denial (A2/AD) zones. Moscow and Beijing can also brandish them to intimidate other countries.

Russia’s and China’s progress in developing hypersonic weapons has prompted the United States to respond in kind. The U.S. military had researched hypersonic technologies for decades but never deployed an operational HGV or HCM since the Pentagon had a network of global bases and forward-based forces that could rapidly attack regional targets. Congress also refused to fund the Conventional Precision Strike option for fear that the Russian command could misinterpret a conventionally armed strategic missile aimed at a terrorist group as an incoming nuclear strike against Russia. Now the United States is pursuing several hypersonic programs to allow U.S. forces to deter Russian and Chinese hypersonic strikes as well as defeat other threats. Specifically, U.S. hypersonic missiles can help the United States and its allies overcome their integrated air-and-missile defenses, penetrate A2/AD bubbles, and eliminate detected road-mobile missiles before they change locations.

Yet, hypersonic weapons could generate escalation dynamics and worsen crisis stability. Hypersonic missiles serve as formidable first-strike weapons for disabling an adversary’s air-and-missile defenses, thereby facilitating follow-on strikes by non-hypersonic platforms against airfields, ports, and other military infrastructure. Furthermore, due to the conventional-nuclear integration of some command, control, and other hypersonic-related assets in the United States, Russia, and China, a hypersonic strike against a conventional target could also degrade a country’s nuclear deterrent, which could generate inadvertent escalation dynamics. Additionally, concerns about the threat of Russian and Chinese hypersonic missiles will complicate U.S. efforts to defend allies like Japan and South Korea. In this regard, even U.S. forces defending the ROK against North Korean threats will have to be wary of Russian and Chinese missiles. For this reason, some supporters of U.S. hypersonic programs hope that they could provide arms control leverage for negotiations with Moscow and Beijing.

The United States will need to engage with U.S. allies and Asia to discuss the implications of these new Russian, Chinese, and U.S. hypersonic systems. For example, to build regional defenses against hypersonic systems, the United States will need allies to base the sensors and shooters. At a minimum, the United States, South Korea, and Japan will need to upgrade their early-warning and command-and-control systems to make more rapid threat assessments and responses. The Pentagon would also need the permission of foreign countries to station U.S. hypersonic missiles in Asia. Additionally, the U.S. government should work with allies and partners to limit the flow of equipment, technologies, and material to Russia and China (along with North Korea, Iran, and other countries of proliferation concern) that their militaries could exploit to enhance their hypersonic capabilities. The U.S. and South Korean navies, and their other exercise partners, should rehearse defending against hypersonic threats in their joint drills.