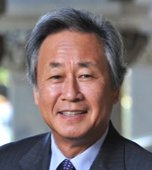 While recognizing that there are several regional perspectives in the discussion on security in East Asia, I believe that there will be little objection to the argument that the most important agenda in Northeast Asia is North Korea’s nuclear issue and that in Southeast Asia is the issue related to the South China Sea. These two agendas are of different nature in many ways, but one thing in common is that regional hegemony and strategic cooperation between the United States of America and China underlie them.

However, due to the geopolitical considerations of the Korean Peninsula and the “evil details” of stabilizing the North Korean regime, China is hesitant to be involved in North Korea’s greatest pressure. Believing that the United States has taken regional hegemony during the collapse of the Saddam Hussein regime 12 years ago and with the 2011 assassination of Muammar Gaddafi, former leader of Libya, Russia is currently inclined to support the Assad regime in Syria in order not to repeat the same painful mistake again. Looking at Russia’s tendency, China is concerned about the risk of losing hegemony over Northeast Asia to the United States in the process of pushing ahead with denuclearization. From this perspective, it can be said that China’s stance on North Korea’s nuclear program is fundamentally defensive.

On the other hand, China’s stance on the issue related to the South China Sea is quite active and aggressive. In July 2016, the International Court of Arbitration (PCA) denied jurisdiction that China had been claiming over the South China Sea with regard to the court case brought by the Philippines. Nevertheless, disregarding jurisdiction of PCS and claiming that its judgment is invalid, China has consistently taken a series of measures for militarization of the South China Sea and consolidation of regional maritime hegemony through militarization. China has set up various military facilities after reclaiming artificial islands, and recently it has been preemptively carrying out a project to restore marine ecosystems under the pretext of protecting coral reefs – although, considering that artificial islands themselves are destructive to the environment, some criticism points out that there are military intentions behind the project of restoring marine ecosystems. In September 2018, the distance between U.S. and Chinese warships in the South China Sea was so close that they were on the verge of physical conflict, and some reports claim that there has been a sharp increase in the number of cases of such maritime clashes over the past three years. The South China Sea issue is in the center of China’s interest and China is determined not to lose out on the confrontation with the United States, while it uses double-sided tactics of intimidation and conciliation for its neighboring ASEAN countries with so-called “grey zone strategy” or “sharp power” with which China exercises leverage over target countries through distorted information and penetration.

The confrontation between the two giants – the United States and China – is acute in almost all areas including security, trade, aid, military, maritime, science, and intelligence especially in Asia and Africa where the Belt and Road Initiative (BRI) takes place. Regarding the South China Sea, the conflict and tension between the United States and China have been escalating since the legal remedy for the conflict between China and the Philippines failed. Even if the two countries are not heading for a destructive collision, there is a potential for incidental small-scale armed clashes and the situation may worsen.

Despite such obstacles for the time being, however, it is worthwhile to make precautionary and multinational diplomatic efforts, given that any delay or failure in settling the South China Sea issue may bring about a devastating result. Non-permanent members such as Indonesia which represents East Asia as well as permanent members should take a lead on this. In addition, in July 2018, Indonesia was elected as a non-permanent member of the Security Council whose term begins this year. Representing itself as the global “maritime axis” as an archipelagic state, Indonesia’s intention to bring maritime affair to the table as main discussion agendas at the Security Council meetings has significant implications because the wise attitude of the “horizon search” to address the horizon of international security beforehand can be considered as a part of the Security Council’s mission to maintain international peace and security under the UN Charter.

Kim Suk (skim0919@gmail.com) began his career as a diplomat in 1978 and devoted himself to the fields of diplomacy and information for 35 years. Mr. Kim served as an ambassador to the Permanent Mission of Republic of Korea to the United Nations during the period 2011-2013 and successfully accomplished a campaign to promote Korea to become a non-permanent member of the UN Security Council during the period 2013-2014. In February 2013, he led a discussion as a chairman of the Security Council on North Korea’s third nuclear test. Mr. Kim served as a director of the Office of Korean Peninsula Peace and Security Affairs under the Ministry of Foreign Affairs from 2008 to 2009 and consecutively served as the head of the delegation for the six-party talks. He continued his career as a visiting scholar in the Asia-Pacific Research Institute at Stanford University after he left office in 2013.