Issues and Both Parties’s Positions 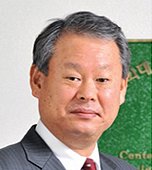 The recent frequent talks between supreme leaders of Russia and Japan draw attention of the international community. In 2018, Japanese Prime Minister Shinzo Abe and Russian President Vladimir Putin held talks five times, and on January 22, 2019, the two leaders met in Moscow. Since his first term of office in 2006, Abe held talks with Putin 25 times in total. It is notable that the two leaders have continuously held pull aside meetings accompanied by interpreters only. Although both parties attempted to seek a breakthrough for the postwar frozen relations between Russia and Japan, the Moscow Submit showed that Abe’s diplomacy effort to resolve the territorial issue with Russia was in vain.

Under international law, the Russia-Japan relations are still at war since the Soviet Union and Japan, parties to the Pacific War, did not sign a peace treaty to officially declare an end to the Pacific War in 1945. An obstacle to signing of such peace treaty was the unresolved Northern Territories dispute (the four Southern Kuril Islands). When it comes to a breakthrough for the stagnated Russia-Japan relations, the “territorial issue” and “peace treaty” are heads and tails of a coin. Russia and Japan have been recognizing the territorial issue and acknowledging the importance of this issue for the two countries. Also, they agreed on the need and justification of a peace treaty. However, the problem is that the two countries’ approaches to signing of a peace treaty are in stark contrast.

As for Japan, the territorial issue is fully linked to signing of a peace treaty. In other words, the “collective return” of the four Northern Islands (Habomai, Shikotan, Kunashir, and Iturup) is put forward as an uncompromisable prerequisite for the conclusion of the peace treaty. To this end, Japan has stuck to the so-called “Principle of Inseparable Economy and Politics” which implies that a peace treaty and economic cooperation requested by Russia cannot be done without a resolution of the Northern Territories dispute. In contrast, Russia argues that Japan’s claim over sovereignty of the four Southern Kuril Islands is groundless, and it refuses to put the territorial issue first before all other agendas between the two countries. Also, Russia emphasizes an approach to achieve a gradual resolution of the territorial issue for mutual interest after building mutual trust and amicable relations by signing a peace treaty without conditions. This approach prioritizes interchanges based on “separation of economy and politics”.

In fact, it is not true that Russia and Japan have always taken uncompromising positions on this territorial issue. Russia’s priority over interchanges and Japan’s Principle of Inseparable Economy and Politics once converged into the so-called “Principle of Expanding Equilibrium” which parallels territorial negotiations and economic cooperation. The adoption of the Hashimoto-Yeltsin Plan in November 1997, the Mori-Putin Program in September 2000, and the Russia-Japan Action Plan in 2003 reflect the “Principle of Parallel Economy and Politics”. However, the Principle of Expanding Equilibrium was virtually a result of tactical compromise with differing purposes, not a fundamental solution to the problem. This is proven by the fact that both Russia and Japan put the four Northern Islands as their core national interests to be protected, which override any other values, and that they have been taking uncompromising stands.

Since the beginning of the Koizumi and Putin regimes in the 2000s who took inflexible positions on the territorial issue, territorial negotiations remained in a long-term deadlock for nearly a decade. Against this backdrop, a movement emerged in Japan’s political and academic world to resolve the territorial issue based on some novel and non-traditional approaches that are different from the past approaches. “Return of 3.5 Islands”, “A Tie”, and “Equal Division by Area” are some of the examples. The emergence of such proposed solutions can be understood in context: The Russia-China Territories dispute which was nearly on the verge of war was resolved through diplomatic compromise and novel solutions in October 2004. Russia and China reached political consensus on “50:50 division” and “common use” of Zhenbao Island (or Damansky Island) in Ussuri River, and resolved the sovereignty dispute that continued for over 300 years. This approach was also used to resolve the Russia-Norway dispute over the Barents Sea maritime border. In this context, the Abe-Putin Summit held on December 15 – 16, 2016 in Kyushu, Nagato is a new turning point for terrestrial negotiations since the two leaders’ agreed terms reflect “a tie (no winner nor loser)”, “a mutually acceptable plan”, and “a new approach” based on novel ideas. The Nagato Summit summarizes that “the both States (Russia and Japan) shall carry out common economic activities on the four Northern Islands under a special scheme and hold consultation on detailed measures.”

The proposal to initiate a “special scheme” on the four Northern Islands is the core of the “new approach” that has been emphasized by Abe. This approach makes a circuit around the territories dispute by implementing a special scheme to “condominate” economic activities, temporarily putting the sovereignty or dominium issue on hold. The core of Abe’s territory strategy is “flexible return of the four islands”. In other words, he will take any possible measures for the Japanese law to exert influence on the four Northern Islands so that Japan can set a precedent which shows Japan’s sovereignty over these islands, and later achieve the return of all four islands from Russia based on this precedent. Under this strategy, the Abe administration emphasizes a “special scheme” which does not undermine Japan’s legal position. Russia, however, keeps a firm stand on the four Southern Kuril Islands governed by Russia in effect, making it clear that “Russia’s sovereignty and law are prerequisites for any common economic activities”.

It has been two years since the Nagato Summit took place, but the gap between the two parties’ positions has not narrowed down to determine the scope of the four Northern Islands and which country’s law shall be applied to economic activities taken place in the common economic zone. The Moscow Summit held on January 22, 2019 clearly showed that Putin and Abe’s intentions to resolve the territorial issue serve differing purposes. Therefore, how to develop a “special scheme” acceptable to both countries in the future will be the key element to evaluate the progress of their territorial negotiations. Then, how can we predict the possibility of the future resolution of the Northern Territories dispute?

In the past, supreme leaders of Russia and Japan made diplomatic effort for territorial negotiations using “a new approach, “a new plan” and “a new way of thinking” to reach consensus in a Kopernikanishe manner, but their effort was unsuccessful. What interrupts “a big deal” between Russia and Japan is that there are more restrictions than opportunities for this territorial issue. Some of the restrictions include strong objections of both countries’ conservative groups claiming that “none of the four Southern Kuril Islands must be handed over” or “all of the four Northern Islands must be returned”, the economic and military value of the islands which Russia is not willing to give up, and Japan’s robust alliance with Russia’s opponent: The United States. All of these restrictions are obstacles to an optimistic prospect of the territorial negotiations. As for Russia, which holds hegemony over the territorial negotiations, there is no reason why it would hand over the Southern Kuril Islands to Japan without clear and explicit benefits in return. In this vein, a resolution of this issue will be facilitated if Japan seeks to secure power outside its alliance with the United States, or if China’s hegemony becomes a serious threat to Russia and Japan’s security. It is anticipated that Putin will enjoy the Abe administration’s diplomatic “courtship” while using the territorial issue as a leverage to weaken the West’s single power and tame Japan.

Professor Hong Wanseok (evan@hufs.ac.kr) obtained a Bachelor’s Degree and a Master’s Degree from Hankuk University of Foreign Studies and he further obtained a Ph.D. in Politics from Moscow State Institute of International Relations (MGIMO). He formerly served as president of the Korean Association of Slavic-Eurasian Studies, vice president of the Korean Political Science Association, and director of the Institute of Russian Studies. Currently, he is a head professor of Russia-CIS Department of Graduate School of International and Area Studies at Hankuk University.