Interim Assessment of the Indo-Pacific Strategy of the United States

A mixture of Positive and Negative Aspects 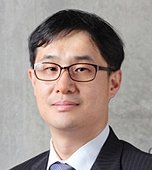 In late July 2018, almost one year after the announcement of the Trump Administration’s Indo-Pacific Strategy, secretary of state Mike Pompeo gave a notable speech at the U.S. Chamber of Commerce before attending the ASEAN Regional Forum (ARF), which shed light on the direction of the Indo-Pacific Strategy. As there were great expectations for this speech for a long time, however, it was rather disappointing. Pompeo mentioned that the United States is planning to invest 113 million dollars in the Indo-Pacific region as part of the Indo-Pacific Strategy. More specifically, he said that such economic support will focus on digital economy including cyber security, energy, and infrastructure sectors. It is expected that around 25 million dollars will be invested in the digital sector, $50 million in the energy sector named “Asia EDGE” (Enhancing Development and Growing Through Energy), and the rest in the infrastructure sector.

Along with this economic support plan, he also explained the meanings of “free” and “open” in the U.S. initiative for free and open Indo-Pacific: externally, “free” means protecting a nation’s sovereignty from outside oppression, and internally, it means protecting its citizens’ basic human rights and freedom; strategically, “open” means open paths of the ocean and sky, and economically, it means fair and mutual trade, an open environment for investments, transparent agreements, and improved connectivity. This is mainly targeted at China, and it can be inferred that basic human rights and freedom of people, freedom of navigation, and the U.S.-China trade conflict are taken into consideration.

Pompeo’s announcement of the Indo-Pacific economic strategies is the first blueprint for the Trump administration’s Indo-Pacific Strategy. His long-awaited announcement, however, did not impress Asian states as well as the international community. Rather, they overall seemed disappointed mainly because the amount of financial support is too small. Before, China had announced its plan to support 1 trillion dollars through the Belt and Road Initiative. Also, China’s infrastructure construction projects in Southeast Asia easily outstrips the U.S. 100-million-dollar Indo-Pacific economic package. Chinese Foreign Minister Wang Yi even doubted his ears when he heard the amount that Pompeo announced because the package is too small for a superpower nation like the United States. Southeast Asian countries’ responses were also lukewarm – although they would not explicitly comment on the amount of the U.S. economic involvement policy, a lack of acclamation showed their disappointment. At ARF, Pompeo also mentioned that the United States is planning to further support 300 million dollars for maritime security in the Indo-Pacific region in the future, but this is not close to the type of economic support that Southeast Asian or Indo-Pacific countries hope for. As the U.S. National Defense Authorization Act (NDAA) is approved, this additional amount will probably be included in military expenses.

Besides these immediate negative responses, there are also some positive views. As Pompeo’s announcement is the first, and one of many Indo-Pacific initiatives developed by the United States, some are expecting follow-up actions in other areas. Moreover, some view that his announcement shows a good sign that the United States will continuously promote these Indo-Pacific initiatives. The announced 100-million-dollar economic package entirely comes from the government. U.S. corporations are thus expected to invest in the Indo-Pacific region which are able to mobilize substantial amounts of money based on the U.S. government investments. Also, some positive views expect that this will lead to pre-payments or down-payments which attract and guarantee regional investments by U.S. corporations, and Pompeo also mentioned expanded investments of U.S. corporations.

Moreover, it is noteworthy that the United States initiated such economic package when China’s Belt and Road strategy is causing problems in Southeast Southwest Asian countries. In May 2018, the Center for Global Development based in the United States reported that some countries that received support from the Belt and Road project were experiencing worsening economic situations and there are also concerns about default. Sri Lanka and Pakistan have already applied for a bailout program of IMF or are likely to do so in order to pay their debts. A large portion of these debts come from China’s Belt and Road project. The timing of U.S. financial support, therefore, has a positive aspect when concerns are rising about China’s initiative.

Dr. Lee Jaehyeon (jaelee@asaninst.org) obtained a Bachelor’s Degree and a Master’s Degree in Political Diplomacy from Yonsei University, and he further obtained a Ph.D. from Murdoch University. He is currently devoting himself to researching Southeast Asian politics and ASEAN relations as a senior researcher at the Asan Institute for Policy Studies.

PrevPREVIOUSChina Coast Guard, Transforming into a Military Group?
NEXTProspect of the Settlement of the Northern Territories Dispute Between Russia and JapanNext
List view