Armed Security Personnel on Board to Prevent Damage from Piracy 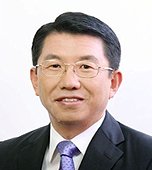 As a result of a multi-angled approach to combat piracy, the number of piracy cases has decreased significantly over the past few years. Nevertheless, piracy remains to be the greatest threat to the free passage of ships, resulting in loss of life and devastating material damage. One of approaches that have proven effective to combat piracy is having Privately Contracted Armed Security Personnel (PCASP) on board ships that operate in waters at high risk for piracy. In fact, Somali pirates tend to identify armed security personnel on board as their first priority and give up on hijacking. Coastal states with waters at high risk such as Oman, Djibouti, Durban and Sri Lanka allow PCASP on board their ships. Korean ship companies also hire PCASP through maritime security companies. Currently, approximately 1,400 PCASP are hired by about 140 maritime security companies around the world.

Many leading states in the field of marine transportation including the United States and Japan have already had legal systems in place related to armed security personnel. Korea, however, had not have sufficient legal protection measures in place to ensure the safety of ships and crew members against piracy occurring outside its national jurisdiction. The UN and IMO had been urging the Korean government to legislate domestic laws to respond to and penalize piracy. Against this backdrop, the Act on the Prevention of Damage to Ships, Etc. on International Voyages from Piracy was enacted on December 17, 2016. Taking effect on December 28, 2017, this Act will (1) provide measures to prevent piracy for ship owners, (2) require to install a citadel on board, (3) require to have armed security personnel on board ships that operate in waters at high risk for piracy, (4) determine qualifications of marine special security guards as well as marine special security service providers that hire PCASP for anti-piracy, and (5) provide regulations on use of weapons.

Marine special security Service providers must meet certain qualifications including having at least 10 marine special security guards and submit a project proposal which then needs to be approved by the Minister of Oceans and Fisheries of the Republic of Korea. Regulations on use of weapons (Article 33) are prescribed as follows:

Although the enactment of the Act is somewhat late, it is an appropriate measure which provides a legal instrument to prevent damage from piracy. In particular, it is considered as a meaningful measure as it provides a foundation for marine security service providers and armed security personnel. However, there are several issues related to legislative insufficiency and ambiguity of some provisions which may hinder implementation of the Act. First, the Act stipulates that rules on use of weapons shall be determined by “the ship owner, etc.” in consultation with the marine special security service provider. Rules on use of weapons differing from ship to ship may lead to confusion as it will be difficult to apply unified rules. Since such rules form the base to regulate use of weapons, it is necessary that the government sets criteria on the government level. Second, the scope of weapons is unclear. Types of weapons vary greatly from personal weapons such as pistols and rifles to crew served weapons such as machine guns. However, the Act does not stipulate the scope and types of weapons. Third, the Act stipulates that “the captain, etc.” has the final right to decide on use of weapons. However, it is unclear whose command shall prevail in case of disagreement between the captain and the marine special security service provider. Such ambiguity may lead to confusion on board and it will be difficult to determine who is responsible in case of misuse or abuse of weapons. For example, regarding the 2012 case that a security guard on board an Italian oil tanker (“Enrica Lexie”) shot an Indian fisherman to death mistaking him as a pirate, the Act provides no legal criteria to determine who is responsible for such a case.

Lastly, the Act stipulates that a marine special security guard shall use a weapon against “piracy or other threats” providing a base for use of weapons against maritime terrorism and other illegal maritime activities. Therefore, I believe that it will be reasonable to name it “Act on the Prevention Damage… including Piracy” instead of “Act on the Prevention of Damage… from Piracy”. Besides the abovementioned issues, a range of issues may arise in the implementation of the Act. In order to improve the provisions of the Act and provide a legal foundation to combat maritime terrorism as well, revisions will be needed in the future. In addition, in the case a pirate who is arrested abroad is sent to Korea for trial, an exception should be given to waive the requirement to request an arrest warrant within 48 hours in accordance with the Criminal Procedure Code. Also, a special act should be enacted to grant judicial police power to military personal in charge of investigation of pirates on naval vessels, who are dispatched to the Gulf of Aden.

Dr. Kim Sukkyoon (sukkyoon2004@hanmail.net) passed the 37th Civil Service Examination to become a public official. He began his career in the Ministry of Government Legislation and continued his career in the Korea Coast Guard. After his resignation as a director of the Korea Coast Guard in November 2014, he is currently an adjunct professor in Hanyang University and a senior researcher at the Korea Institute for Maritime Strategy.

PrevPREVIOUS“Indo-Pacific” Initiative of US and Challenge for South Korea
NEXTChina Coast Guard, Transforming into a Military Group?Next
List view