“Indo-Pacific” Initiative of US and Challenge for South Korea 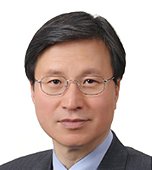 The visit of US President Donald Trump to Korea last November left tangible outcomes and challenges to be addressed, which was the biggest diplomatic event taking place in Seoul since the inauguration of Korean President Moon Jae-in’s administration. The joint statement between the two leaders and President Trump’s speech at the National Assembly reaffirmed the solid alliance between South Korea and the United States and shed light on their firm commitment to dealing with North Korea’s nuclear and missile threats. However, the Korean government’s confusion over the so-called Indo-Pacific Initiative proposed by the US before and after Trump’s visit to Seoul is a major diplomatic challenge to be addressed. In the joint press statement published after South Korea-US Summit, the alliance is referred to as “a linchpin of prosperity in the Indo-Pacific region.” However, within the Korean government, two different voices are expressed regarding the concept of “Indo-Pacific” proposed by the US. That is, whereas Cheongwadae (the Blue House) says through a comment of the Adviser to the President for National Economy that Korea does not need to agree with the US concept of Indo-Pacific, the Ministry of Foreign Affairs positively interprets the US strategy embodied in the concept.

So what is this Indo-Pacific concept all about which creates different positions and voices? In order to properly establish the Korean government’s position in the future, it will be necessary to clearly understand the background, purpose, and implication of the concept of the Indo-Pacific strategy which has been pursued as a policy package for Asia since the inauguration of Trump administration.

The Indo-Pacific concept is not a term that was introduced first after the inauguration of Trump administration. This concept has been originally suggested by some international political scientists in a broader sense than the existing “Asia-Pacific” concept, as the political importance of India and Australia in the Asian region has increased and the role of sea lanes of communication linking the Middle East to Asia has been emphasized since the late 1990s. However, the concept of “a free and open Indo-Pacific” from Trump’s speech at the Asia-Pacific Economic Cooperation (APEC) summit after his visit to South Korea is considered to serve three strategic purposes, rather than being defined simply at a geographical level.

First, the Indo-Pacific concept extends the geographical scope of previous Asia-Pacific to include India at a spatial level. As widely known, currently India has the world’s second largest population and is the ninth largest trading partner for the United States, and US-India trade is increasing every year.

Third, the Indo-Pacific concept does not hide its intention to keep China’s growing influence in the region in check. The US pledged to cooperate with India, Australia, and Japan on terrorism, maritime security, and North Korea issues at the East Asia and ASEAN summit which took place in Manila after the APEC summit, but the US excluded China from “related parties.” For this reason, the Indo-Pacific concept is misunderstood that its main focus is to keep China in check through strengthening the four angled (diamond) cooperation with those three countries.

While the first and second purposes give importance to regions and sectors (e.g., protection of sea lanes) that have not been properly evaluated until today through pursuing co-prosperity and peace and stability throughout the entire Asian region, the third well reflects the Cold War way of thinking from the past. Therefore, China and some scholars who hold critical views on the India-Pacific concept point out that the concept is likely to be transformed into a ‘geographic framework dividing up allies and enemies rather than promoting inclusion’ in the Asia-Pacific region. Also, it is pointed out that President Trump shows inconsistency within the Indo-Pacific Initiative in his pursuit of “America First” bilateralism in the economic sector and multilateralism in the security sector, which reduces the burden on the US and promotes cooperation of related countries.

Taking this into consideration, we must not look at only one single aspect when establishing our position on the India-Pacific Initiative of the US in the future. The details and goals of the India-Pacific Initiative, which was introduced during Trump’s visit to Korea, is yet to be finalized. Since merely a basic framework has been proposed as a follow-up measure to former Obama administration’s “pivot to Asia” policy, diplomatic wisdom is needed for South Korea to overcome the demerit of a ‘framework dividing up allies and enemies’ in the region while taking advantages of pursuing regional co-prosperity and peace through continuous consultations with the US.

Lee Seohang, Executive Director of Korea Institute for Maritime Security (shlee51@kims.or.kr), studied politics at Seoul National University and Kent State University. He formerly served as a professor and researcher at Institute of Foreign Affairs and National Security (currently “Korea National Diplomatic Academy”), and as the Consul General in Mumbai. Mr. Lee also served as a co-chairperson in Council for Security Cooperation in the Asia Pacific (CSCAP), director of the SLOC Study Group-Korea, and chairperson in Commission for the Conservation of Antarctic Marine Living Resources (CCAMLR).